skip to main | skip to sidebar

Welcome to the Hearth 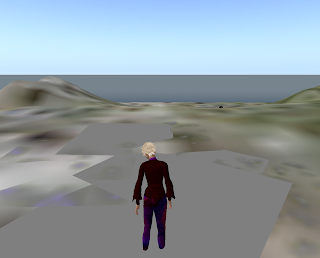 Another reflection on my experiences exploring Second Life has yielded some interesting insights. I am learning a lot about the reality of computer simulation. Second Life is a fairly realistic representation of how things look to us in real life. When you first step into the Avatar's persona and appear in Second life things begin to rez. This is a term that means that the visual resolution of the 3 D world starts coming into clarity. It can take a few seconds to do this. While it is all coming clear your primary self watching the computer screen sees big grey blocks that then eventually rez into your clothes, your horse, trees, ponds, the ocean and so on. It can sometimes be a surreal moment.

It occurred to me that this is like the "caterpiller soup" I referred to in the last post. We are beginning to experience such profound changes, or profound need for changes that we are all standing around waiting for things to rez so we can see where we are and then decide what move to make next.

I find this analogy helpful and comforting, in a way. Since it always rezes the way it is suppose to, in the end, there is no need to panic or become undone. We can trust that the One who created this game we are in right now has some built in codes that are working in the background to unfold our experience into the adventure we expected when we signed up for this gig. We get to make choices as to how we experience our adventure, we have some awesome guides to help us and it is always going to be interesting. But, we can't be sleep walking through it if we want to make the most of things.

HI. I stopped by your Hearthtalks booth on Second life. I was wondering about, after teleporting into the Shambahal Authentic Leadership booth, across the way from you.

It is my first week in SL and I'm still trying to figure certain functions, protocols and methods on the site, but I can see how easy it can be to waaste one's time as well as make good use of it, once an avatar meets similar folks of similar minds. (My only complaint is how hard it is to build an avatar that actually reflects one's age, fitness and look - I'm not 24 years old any more and I think the youth orientation is deceptive to all: an avatar should reflect his RL counterpart - not their fantasy of how they want to look, at least for those of us with some years on us.)

I went to your blog, and indeed, SL as a surrogate for RL is a very interesting concept. What I found interesting in your point of view as a Catholic, is that essentially SL is not different from Reality in that "the creator" made it, just as he did with the real world. This is of course, considering that "he made it" through the Linden folks and the participants.

As a long time practicing educated buddhist, I would agree with the view that it is not different. But, we buddhists would take the view that, ("like the reflection of a full moon in the water" as the buddhist simile states), Second Life has no more inherent reality that Real Life. But, where we differ is that creation is within our minds - and that would be inclusive of the belief in a deity.

I love comparative and contrasted epistimologies, and when it doesn't conflict with my schedule, I'll stop by for one of your chats.

Take care, and I hope to speak with you in that other world (or on email) soon.

I'll admit that I've never felt drawn to SL...I love living this one so much and already don't feel I have enough time to do all that I would like to here! LOL but I love your insight to this other world and would wish that all who venture there would go with such good purpose as you do.

Come by and visit my latest post...I found a heart today and thought of you ;) 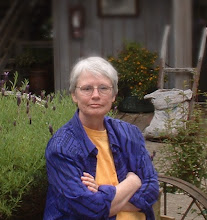 Kathryn Knoll
I am a Catholic Nun, living and working in Portland, Oregon. Since 1988 I have been the co/founder, Director and Clay Artist in residence for Sophia Center, a non profit educational organization.